It’s not hard to find statistics outlining the negative environmental effects of the beef industry. According to the Environmental Working Group, eating beef is one of the most detrimental things we can do in terms of climate impact—eating one less burger per week, for instance, is equivalent to taking your car off the road for 320 miles. Seems like a pretty clear argument.

Actually, it’s far more complicated than that. The vast majority of research on the environmental impact of beef is conducted on conventional operations where cows are fed mostly grain and confined to feedlots. Since grass-fed beef makes up a measly 3% of overall US beef production, it’s largely ignored.

Though it’s a small part of the overall market, grass-fed beef is increasingly gaining attention, and there have been some studies recently that show this system may actually be environmentally beneficial. The key is to look at the two systems holistically (where the animals’ food comes from, how it is digested, and what happens to the waste) rather than analyzing only parts of the process.

Food Source
Grass-fed cows eat (you guessed it!) grass, either fresh out of the pasture or baled into hay for winter use.

According to the USDA, well-managed pastures actually result in healthier soils than land that is either put into crop production or simply left alone. As cattle graze the tops of the grasses, the roots increase in size and vitality. Healthy root systems prevent erosion and result in more fertile soils. Perhaps most excitingly, pastures have the ability to trap a significant amount of carbon into the soil that may otherwise be lost into the atmosphere. This carbon sequestration has the potential to make a significant positive impact on climate change.

Another consideration is that pastures do not rely on the use of synthetic fertilizers or pesticides to stay healthy. The manure of the cows that graze them fertilizes them, making them a self-sustaining closed-loop system.

In contrast, feedlot cattle are fed almost entirely with conventional corn and soy. The industrial agricultural system that produces this grain often results in erosion and depleted, compacted soils. This type of agriculture is dependent on large quantities of chemical fertilizers and herbicides, which can run off into waterways, and the production of which results in nitrous oxide (a powerful greenhouse gas) emissions.

Bovine Digestion
How the cow’s digestive system interacts with its food is another important piece of this puzzle. Although grass is by far the healthier and more humane choice for the cows themselves, feeding grain actually seems to be a bit better environmentally.

As cows digest their food, it ferments in their stomach, a natural process that gives off methane (a greenhouse gas). Since cows evolved to eat grass, their systems are not adapted to digest grain, and farmers must regularly give grain-fed cattle a tremendous amount of antibiotics to keep them healthy. Despite this, it is actually easier in some ways for the cows to digest grain, and it leads to less methane production than a diet of grass. Grain also allows cattle to gain weight faster, meaning they can be slaughtered at an earlier age. A shorter life with faster weight gain means less methane is produced per pound of grain-fed beef compared to grass-fed.

There is currently a lot of research being done to determine what grass-fed beef farmers can do to reduce the amount of methane their cows produce. Certain plants, for example, seem to be easier to digest and result in less methane. As they mature, grasses become more difficult to digest, so rotating cattle into pasture when the grasses are at just the right stage of growth also seems to be extremely important.

Waste
In a pasture-based system, manure is left right where the cows drop it. It decomposes into the soil, acting as a natural fertilizer. In most feedlots, however, manure is mixed with water to produce a slurry that is collected in large lagoons and eventually sprayed on croplands. This method of handling manure results in significant amounts of nitrous oxide being released into the atmosphere. Nitrous oxide is a particularly potent greenhouse gas, which absorbs 310 times more heat than carbon dioxide. In addition, the liquid manure from feedlot lagoons often leaks into the surrounding environment, polluting waterways and groundwater reserves.

Putting it all together
As you can see, the grass-fed vs. grain-fed debate is not a simple one. Though it is proven fact that grain-fed cows produce less methane per pound of meat than grass-fed cows, the general consensus among sources that consider the entirety of both systems is that the increased methane is more than counteracted by the greenhouse gas emissions produced by the production and transportation of conventional grains, the carbon sequestration potential of the pasture system, and the nitrous oxide produced by feedlot manure lagoons.
One must also remember that climate change is not the only environmental factor to consider: Feedlot beef directly results in chemical and manure runoff, erosion, depleted soils, and the release of large quantities of antibiotics into our food supply.

There is no doubt that meat is an energy intensive food. Though grass-fed beef and other pasture raised meats may indeed be part of a healthy ecosystem, there is simply not enough land to produce enough grass-fed beef to feed our nation’s current appetite for beef. There’s also the question of cost—grass-fed is less subsidized and takes more time and more land to produce; hence it is more expensive.

What if we kept our current spending on beef the same, but invest is less quantity of higher quality, environmentally sustainable grass-fed beef? If you’re ready to make that switch, stop by the meat counter at Willy East or West and we’d be happy to help!

For more information on the environmental impacts of grass-fed beef, as well as why grass-fed is a healthier choice, check out the following resources: 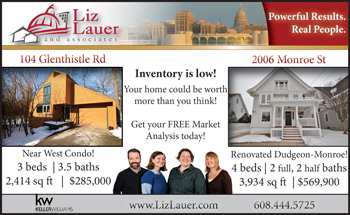