If you’re reading this, you’ve probably seen a piece of cheese or two in your time. It’s hard to go far in this state of Wisconsin without bumping into a chunk, brick, block, tub, wheel, tube or spread of solidified milk. Ubiquitous among these curdled, cultured, creations: string cheese. Touted as “healthy and fun” and often the snack of choice for millions of American children, this cylindrical treat has been around in its current form for only a few decades. The glossy, individually packaged sticks don’t really tell the full story that is string cheese. The history and application of this stretchy, soft, salty snack goes much deeper than current marketing implies!

Have you ever tried to peel a cheese that wasn’t “string cheese”? You get crumbly, jagged edges that represent the individual curds before they mashed together in a form or press. So how in heck does string cheese “string”? It starts with an Italian cheesemaking technique called pasta filata or “spun paste.” In short, cheese curd is separated from the whey, molded into blobs, and reheated in the whey or water until it is malleable. Gianaclis Caldwell, curd-nerd extraordinaire, tells us that the chemical foundations of pasta filata have to be properly laid at this point to achieve the elongation of the proteins (acidification, proteolysis...we’ll just call it “cheese magic”). Then the curd is stretched and pulled, almost like a dough, usually by a machine. A few producers still stretch the curd by hand, as our friend Cesar Luis and his wife Heydi do with their Queso Oaxaca and fresh mozzarellas. The resulting cheeses are usually submerged in brine for some time to add salt to the paste and then cut or shaped into logs, balls, or sticks. Mozzarella, provolone, caciocavallo, and Cesar’s Queso Oaxaca all begin this way.

Speaking of Queso Oaxaca and Mr. Luis, his cheese is the finest example you’ll probably find in the Midwest of a hand-made pasta filata cheese. I know from first-hand experience that he obsesses over the quality of his pulled curd. Try peeling apart one of his sticks of Queso Oaxaca alongside an Organic Valley Stringle, for instance. The meticulously crafted interior of Cesar’s cheese is an orchestral arrangement, precise, complex, intricate. The Stringle is a commercial jingle, clean and simple. Catchy, but not really noteworthy for its handiwork. Cesar tells me that Queso Oaxaca, or quesillo, isn’t often eaten by itself in Oaxaca, Mexico. It is a cooking or finishing cheese for tacos and, famously, tlayudas. In his early attempts to sell Queso Oaxaca, he struggled to get Wisconsinites to buy the traditional shape—a ball of cheese rope wrapped upon itself. After that experience, he decided to cut the ropes into small sticks and market it as string cheese. We think he made a good choice.

Now that we’ve traced the roots of our little snacky friend through Italy and Mexico, we could trace it further through Armenia (where they make chechil) and Slovakia (where they make Korbáik). Eventually, we would end up back in Wisconsin, in the 1970s. On to Baker’s Cheese, in St. Cloud, just east of Fond du Lac. Originally a cheddar maker, the creamery transitioned to mozzarella making in the 1950s to meet the rise in demand for pizza that followed American GIs home from Italy. In an attempt to respond to customer requests to have this melty, white cheese in a snackable form, Frank Baker, granddad of Baker Cheese, noted that one could simply chop the freshly machine-pulled curd into sticks from the long ropes that the machine normally put out. After a short bath in salt water, the first modern string cheese was born. According to Frank’s grandson, Brian, the marketing wasn’t well thought out at first. They couldn’t see, at that time, that this little wonder-snack would be the go-to for school lunches and healthy snacking. Their first marketing strategy? Serve it at the tavern.

That’s it. The history of string cheese, in brief. I think we have some really great string cheeses. I’ve already waxed poetic over Cesar’s, and you should try it if you haven’t. Renard’s Cheese, out of Sturgeon Bay, also makes a string cheese that we carry proudly. Please, stop by a cheese counter and try some! 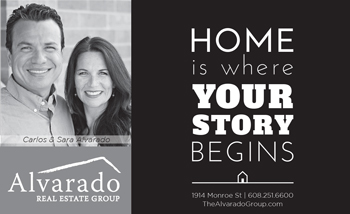