Welcome to August! Wow has it been hot out there. I imagine if you are anything like me, you are doing your best to not lose your cool in this extreme heat.
You may have heard, we have had power outages at both Willy East and Willy West over the last month due to severe storms rolling through the central states. The power outages resulted in some product losses, but thanks to the incredible teamwork of our staff, our losses were kept to a minimum and delays in opening following the outage were only by a mere couple of hours.

With so much going on at your Co-op, there is much to report: most of our attention has been directed towards opening North, but there is still routine business to address including preparations for the fiscal year ’16 financial audit and year-end close, hiring to fill the usual summer staff departures (not to mention the new staff hires for Willy North), and orienting our newly elected Board members.

Willy North
I can hardly contain my excitement over the transformation that has taken place atWilly North! There is no mistaking it—this store is one of ours! You will see all the same great food and products you can get at Willy East and West, and a whole lot more. Plus, you may see faces you recognize from either East or West, and Pierce’s too. The days to opening are merely a handful away… see you on opening day, August 15th.

Owner Bond Drive
As of the writing of this report, we have reached $1.14 million in bond sales.

Our Forward Community Investment matching $25,000 grant challenge announced at the AMP was achieved in 24 hours! We have raised over two-thirds of our goal, and have extended the deadline to September 1st or until the goal is reached due to Willy North opening a bit later than expected.

If you are interested in learning more about this Bond issue or want to buy a Bond to support the opening of Willy North, there is still time to be part of history! Please contact the Co-op to schedule an appointment. Visit www.willystreet.coop/owner-bonds for more details.

Annual Board Elections
The results of the Board of Directors election were announced at our Special Membership Meeting on July 19th—I am pleased to announce our new Board members Jess Pernsteiner, Patricia Butler, and Bruce Slaughenhoupt. Thank you to all five candidates for running for the three open Board seats. A special thanks goes out to Courtney Berner, Dan Ramos Haas, and Mike Engel as they depart for their years of service to our cooperative.
Election tallies:
Jess Pernsteiner: 2,189
Patricia Butler: 2,093
Bruce Slaughenhoupt: 1,515
Bill Curtis: 1,155
Dennis Johnson: 1,085
Ballots cast: 3,093
Invalid: 42
Percent of Owners voting: 9.29%
Increase over last year: 21.37%

Annual Meeting & Party (AMP)
The Co-op’s Annual Meeting & Party kicked off the four-day La Fete de Marquette festival, and, wow what an event it was! Gary Kallas, Executive Director of the Wil-Mar Neighborhood Center, and his posse outdid themselves this year. The new layout of the festival grounds adds more of everything—more kids’ activities, more excellent music, and more food choices. All the money raised at La Fete goes to support our Wil-Mar Neighborhood Center to continue the great work they do in the neighborhood.

We can now turn our attention to our other eastside neighborhood festivals with Central Park Sessions in full swing. Located in Madison’s Central Park (215 S. Ingersoll St. on the near east side), dates for the Sessions are: Thursdays, August 4th and 11th; Friday, August 12th; Thursday, August 18th; and Thursday, September 8th. 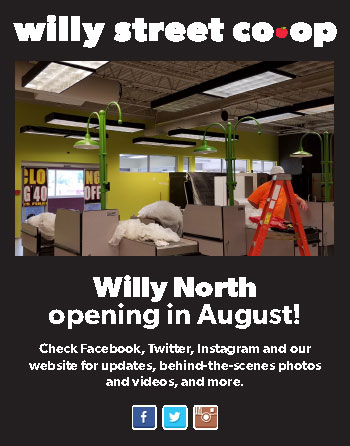 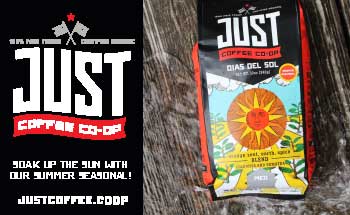