Happy New Year, one and all! December was surely a prosperous time for the Co-op. Sales were terrific and we sincerely thank you for your loyalty. We’re glad we could provide so many great promotions in the stores during December.

In the spirit of good health, I am happy to announce that we’re planning two opportunities for you to save 10% on your bodycare and supplement purchases this month. The first is our traditional Wellness Wednesday (January 3rd), and the second: Owners will receive an additional 10% discount on any bodycare and supplement purchases on another day of the month at your discretion (see page 3 for coupon). Happy healthy new year!

By this time, I hope you have received and read the Annual Report, which was sent in mid-December. Brief reminder… last year was a big year for the Co-op. We opened our third store, Willy North, losses for the year were less than budgeted, and Owners voted in support of two referendums—the expenditure of funds for a Willy West expansion, as well as the option to potentially open a fourth store. I want to emphasize our focus this year is to solidify operations atour current three stores, at the Production Kitchen, and at the central administrative office before considering opening a fourth retail storefront.

In response to one Owner who asked me why we are considering expanding if the Co-op is not yet paying employees a livable wage: the expansion and staff pay come out of two different budgets. The first is largely a one-time expense, and the second is an ongoing expense. Increases to staff pay are still a priority for us, but increases carry forward to future years as well. A year ago this month we began the work to move toward paying employees a livable wage. (This was calculated as $13.82/hr for 2017 for Madison.) We had originally budgeted to do this in three phases over three years. However, after a healthy examination of our budget and the growing competition in our market, as well as hearing feedback from employees about the proposed changes, we realized we needed to re-prioritize and consider those who would have been unfairly impacted by the changes. We also had a limited time to decide whether or not to expand into Willy West’s neighboring spaces. Had we declined to take this opportunity, other businesses likely would have rented those spaces. We don’t know when, if ever, we would again have the opportunity to expand, and we felt we needed to act while we could. Ultimately, our goal with the Willy West expansion is to maintain and increase sales to support our ability to pay all staff a livable wage.

We are in the final planning stages of work for the West expansion—see page 16 of this issue for a site plan and page 19 for Owner Bond drive information.

The site plan of the proposed expansion work includes a key list of improvements. The beauty of this project is that we are moving into unoccupied space, so we expect this to be less disruptive than the Willy East remodel. That is not to say there won’t be some business disruption, but we will be using the lessons learned from East and phase the work accordingly to minimize the impact on staff and customers.

Owner Bonds are yet another opportunity for you to support our Co-op in financing the Willy West expansion. Borrowing money from Owners has been a long-standing tradition for our Co-op and one of the key ways we have financed property acquisition and expansions.

Finally, we’ll beginning the expansion of the Juice/Coffee Bar at Willy North. Although we were eager to get this improvement moving last calendar year, it made more sense to hold off until after the holidays to focus on Owners’ needs and not clutter the store during the busiest shopping days of the year.

Just under the wire, though, we were able to squeeze in one last project in December, which was re-working the liquid bulk aisle at Willy West. This improvement will offer more appropriate shelving for some products and clean up the area as a whole. Note: this area will not be impacted by the upcoming remodel.

At the time of this writing, I’m looking forward to the open meetings I’ve planned to increase communication with Owners and our community. The first one was scheduled for December 18th at Willy East. The January meeting will be held at 6:00pm at Willy North on January 22nd, 2018 and at Willy West on Monday, February 19th, 2018. If you are unable to meet in person, I can also be reached by phone 608- 237-1210, or email This email address is being protected from spambots. You need JavaScript enabled to view it. (link sends e-mail).

Reminder, the Co-op’s annual Community Reinvestment Fund cycle starts this month and the deadline for submitting applications is February 28th, 2018.

And, finally—James Phetteplace, IT Director and Project Manager has taken a new position outside the Co-op, and we wish him well in his endeavors. His eleven years at the Co-op included at least one register system upgrade and keeping us connected across five locations. Whew! Well done and good luck, James. Thank you for your guidance through the years. 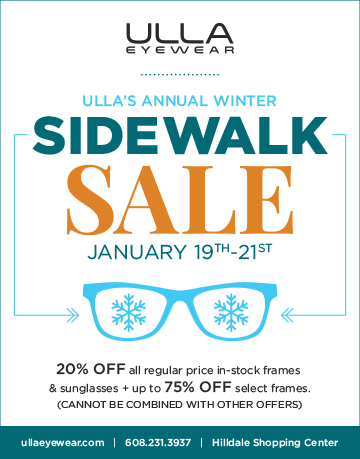 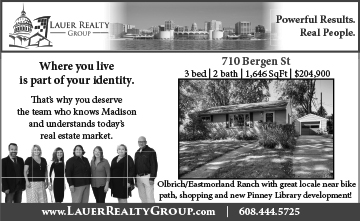