In the rich fertile soil of the Coulee Region of Southwest Wisconsin, farming is a way of life for many. One trip to the Co-op in the summer months and beyond, and you will see an abundance of colorful produce from Driftless-area family farms.

However, throughout the 1980s, the small family farms and dairies among this region hung in jeopardy by way of the rise of corporate agriculture which drove prices down and led to these farmers’ inability to make ends meet. Also, the once-thriving tobacco industry met its decline, and with it went many family dairy farms. Fortunately, a decade or so later, with the culture of self-reliance so ingrained in the area, large Amish and Mennonite communities, mixed with a younger generation looking to get “back to the land,” the Driftless region found a resurgence to its current day status as epicenter of wholesome food, alternative education, and vibrant community.

Rooted in this culture of small farms comes a truly exceptional locally roasted coffee. In the early 2000s, TJ Semanchin and Caleb Nicholes met in Viroqua while they were both in the beginning stages of starting a coffee roastery. They decided to collaborate, and in 2005 established Kickapoo Coffee together, which is dedicated to guaranteeing better farmer compensation.
I ventured out to Kickapoo Coffee during the last week of August for an event held for their grocery and cafe customers which was to include a special presentation on a sustainable coffee model, a tour of the roastery, and a class on the effect of climate on coffee. Unfortunately, our summer here in Wisconsin is the wettest on record, and many of the roads and valley communities surrounding Viroqua experienced devastating flooding. I was already out in the area, so the Kickapoo crew graciously hosted a much smaller group for a tour, a cupping, and lunch at their Main Street cafe. My trip home was met with some challenging and creative navigation.

Once housed in a train depot, the Kickapoo Coffee roastery has been in their current digs, which they were able to design to their specifications, for a little over four years. There are 18 employees at the roastery, in addition to more staff at their three cafes in downtown Viroqua, the Third Ward of Milwaukee, and the newest cafe on Lake Superior in Bayfield, which this year took over the space occupied by newly defunct Big Water Coffee Roasters.

The roastery is a gorgeous space. Three large rooms are separated by full-length glass windows, which meets their goal of creating a vibrant space that encourages a feeling of collaboration amongst the teams. In the center room are two large tables for gathering around for cuppings or eating lunch.

We meet Alex Stoffregen, who will be our tour guide. He oversees sourcing, education, and quality control—the latter of which, according to him, begins on the farm.

Alex leads us into the roasting room where we gather around two large Probat drum roasters, and he introduces us to the more vintage of the two: Wunder Frau—meaning Wonder Woman in German—a fitting title since she was constructed in 1930s Germany and is made of cast iron.

Still standing next to Wunder Frau, Alex points to the other, much larger roaster about two feet away. “And that’s Jeff,” he says with a grin. Jeff is roughly twice the size of Wunder Frau, was built in the 1980s and brought to Kickapoo in November of 2017.

Before Jeff arrived, operating solely with Wunder Frau, they could roast batches of 60 pounds. Jeff roasts three times that amount, at a capacity of 180 pounds per batch.

Coffee Roasting—Is it an art or a science?

This is a question some folks in the coffee industry might debate from time to time. Alex would say it’s more like cooking: knowing how to use the different tools in your toolbox.

One of those in Kickapoo’s toolbox is their sample roaster, an antique sample roaster from 1903, fully cast iron, which roasts 135 grams of coffee beans at time, taking just nine minutes to roast.

The recipe for roasting coffee is temperature over time. Temperature at which the beans are roasted, and duration of time spent in the roaster. As one may expect, darker roasts spend more time in the roaster, and less for lighter roasts.

They keep a record of their recipe on a mason jar lid which contains beans from that specific roast. Every Monday and Wednesday they taste and compare roasts. In addition to keeping consistency, these records mean they can trace back to roast date and time.

In case you’re curious—because I certainly was—there isn’t really such a thing as “secret coffee roasting recipes.” The precise recipes are super particular to your machine, and also of course your coffee beans.

The lighter the coffee, the more one can taste nuances in the coffee beans, which can be very specific to the locales and growing conditions at the individual farms, which in turn invokes the staff at
Kickapoo memories of the farmers they meet and work with. Visits to coffee farms for Kickapoo typically takes place mid-harvest.

I asked Caleb what Kickapoo’s preferred flavor profiles are. As I suspected by drinking their coffee over the years, they typically like to offer beans with a soft acidity, high complexity, and sweet, floral, and citrus notes. But that’s not to say they don’t have dark roasts.

Their line-up consists of single-origin sourced coffee from either specific farms or regions, as well as their blends like Radiowave, Supernova, and Full Spectrum, which shift sources slightly over time depending on availability of beans, but are constantly evaluated for consistency. Each shift in origin is reflected on the label.

The green coffee beans are purchased seasonally, as the vibrance and life in the beans fade over time. At the time of my visit, the majority of the beans in the roastery came from Guatemala. Harvest in Central America typically occurs February through April. Guatemala specifically is closer to February. By August the beans have arrived in the temperature-regulated storage at Kickapoo, then roasted and delivered to stores and cafes they work with throughout the States during our summer months. In general, year-round, they send out between five and six thousand pounds of coffee per week.

Kickapoo’s coffee offerings are mostly certified organic, the only exceptions being those from Congo and Kenya. When they first began working with their farm in the Congo, it was certified transitional- a certification for a farm that is moving towards becoming certified organic, but due to the high probability of residues left in the soil from conventional farming, takes three years of organic farming practices before a farm is eligible for organic certification. In Kenya (and various other countries), there is not much emphasis placed on organic certifications despite organic growing practices used.

The roastery is nearly 100% solar-powered by 80 solar panels, with the exception for some natural gas that fuels Wunder Frau and provides some winter heating.

Kickapoo just launched an initiative called Raise the Bar, which provides the farmers they work with a new minimum price for their coffee crop.

All coffee is bought with U.S. dollars, and as the speciality coffee industry has grown into what it is today, the farmers—the most vulnerable part of the coffee supply chain—are getting paid about the same they were 40 to 50 years ago.

In the 1990s, as the Fair Trade movement gained traction in the United States, eventually larger corporations starting buying up Fair Trade-certified coffee beans. This put a lot more pressure on farmers to produce more to keep up with demand, and practice more labor-intensive coffee-picking practices, while keeping costs low and stagnant. Farmers were getting paid less and less every year for their labor.

Fair Trade’s cost stayed at $1.30-$1.35 per pound for the last 40 to 50 years, until it increased thirty cents to $1.60, where it stands now. All other commodities such as oil have gone up in cost. At the same time, roasted coffee prices went up. This rise in price was not being seen by those that grew and picked the coffee beans.

With the Raise the Bar initiative, Kickapoo Coffee established their own minimum price to their farmers. As of this writing, the price per pound is $2.75, with a commitment to re-evaluate every year.
That’s farmer-focused.

For more information on Kickapoo Coffee and the Raise the Bar initiative, visit kickapoocoffee.com/raisethebar 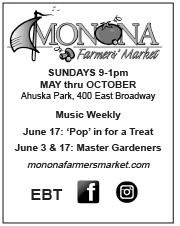 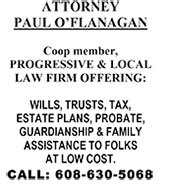 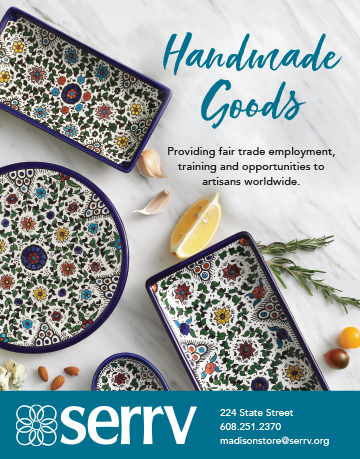 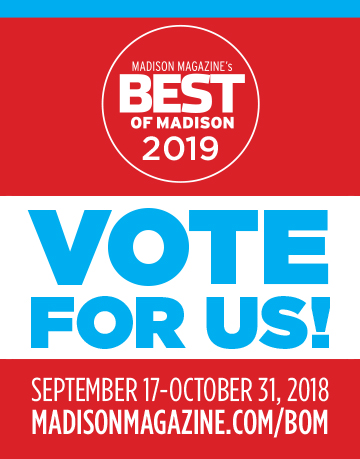