Dave Andrews is the Willy West Assistant Grocery Manager, as well as the beer, cider and spirits buyer for that store.
As the Willy West expansion project was finishing up, I sat down with Dave to talk about this process for picking products for the newly expanded liquor department. The moment he started talking, Dave’s enthusiasm and expertise in all things beer was apparent—this is obviously more than just a job to him —it is a labor of love.

Megan: How much extra space are we getting for beer, cider, and spirits?

Dave: It’s at least three times the space we had previously. This includes additional space for wine.

Megan: What was your process for selecting new beer, cider, and spirits vendors? What criteria did you use?

Dave: We live in a great state, and there are lots of great Wisconsin beers, ciders and spirits that we haven’t had space for in the past. I started by identifying local items that we haven’t carried, especially things that are small and hyper-local to us, like Funk Factory, which is a brewery on the south side of Madison near the Coliseum; or Death’s Door Spirits, which is right next door to Willy West.

With the new space, we’ve been able to consider some new breweries from outside of our local region as well. There are some breweries doing really exciting things in other states. It’s great to be able to bring them in to compliment our local offerings.

The trick to working with so many small vendors is that, unlike other departments of the store, alcohol vendors have to work through distributors. Each distributor has the exclusive rights to sell certain vendors’ products in certain areas, so piecing together distribution can be really tough.

Megan: I know there was quite a bit of deliberation about how to display the different types of beer. What did we ultimately decide and why?

Dave: Initially, we really wanted to display beer by style (instead of grouping them by brewery) since that is easier for shoppers. If someone is coming in looking for an IPA, it would be great if they could see all of our options in one place.

The problem with that approach is that so much of the beer that is out there is seasonal. Customers buy different beers in different seasons—in the summer we sell a lot more “session” beers that are lighter and lower in alcohol; in the winter that changes to more porters and stouts. With styles changing so much based on the season, it’s really hard to allocate space in a way that makes sense.

In the end we decided to keep local beer in the cooler doors, and the rest will be in the unrefrigerated aisles, grouped by brewery.

Megan: Can you tell me about 3 or 4 new vendors that you are excited about?

Dave: Yeah! Funk Factory is a new brewery on the south side of Madison in the Lakeside neighborhood. They are doing a lot of really unique sours and some ciders. These are fruit fermented brews, which are much more sour than traditional beers.

Restoration Cider is a cidery located in Madison that is using local apples. Willy North has been carrying their cider for a while now, and I’ve really been wanting to get it in. Their cider is bottled in glass bottles in four packs, and 5% of their profits go toward stream restoration projects in Wisconsin.

One of the non-local breweries I’m most excited about it North Coast Brewery, which is in Fort Bragg, CA. They have put a lot into sustainability, and they source their ingredients super responsibly.
They are a Certified B Corp, and 13 of their beers are non-GMO certified. They also hold a zero-waste certification, and use solar power to power their brewery. They’ve even partnered with a nearby farm who composts all of their waste grains. Plus, their beers are really really good!

Victory Brewing Company is from Pennsylvania. This brewery has extremely clean ingredient sourcing. They use whole flower hops, as opposed to the processed pelletized hops that almost every other brewery uses. This results in a more more intense, full, flavor and better aroma.

Megan: What’s coming up seasonally that we should look forward to?

Dave: We’re moving into the the season for porters, stouts, and imperials. Oktoberfests are available now, as well as Pumpkin ales. Lakefront Brewery makes a really good Imperial Pumpkin Ale, Dogfish Head makes a good Pumpkin Ale as well. I’d recommend Oktoberfests from Central Waters, Lake Louie, and Staghorn from New Glarus Brewery. Another beer that I love this time of year is the Lake Louie Milk Stout.

Megan: Anything else you would like customers to know about the beer, wine and cider selection at Willy West?

Dave: I think people often overlook how much liquor is produced in our state, and I’m excited to add to our selection. Many of these distilleries source grains and other ingredients from Wisconsin, and they are making some great stuff. Great Lakes Distilling, Great North Distilling, Death’s Door, and State Line Distilling are examples. Death’s Door is actually right next door to Willy West. Many people don’t know, but the owner is in the store almost every day to shop. It’s really great to be so connected to our vendors!
I also want folks to know that we are very committed to hunting for the next best thing, and helping new vendors get started. I think it’s important to listen to our customers. If there’s something you really like, let us know. We want customers to continue this journey with us, to help us mold this new space and make it your store. 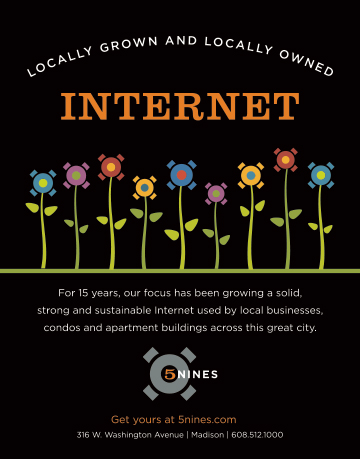 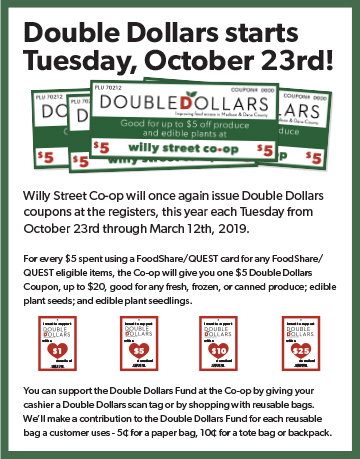