Maybe you’ve seen the shot glasses brimming with emerald foam at the Juice Bar or you’re already fully educated on the healthful benefits of consuming chlorophyll and can be seen knocking them back at the Juice Bar counter. Wheatgrass, considered a superfood, is consumed in large quantities at the Willy Street Co-op, and we thought it was high time to explore and explain where this raw food is coming from and who’s growing it for you.

The practice of biodynamics

Since 1984, Michael Fields Agriculture Institute (MFAI) in East Troy, Wisconsin, a public, not-for-profit learning center, has taught budding and seasoned farmers the process of establishing sustainable farming operations. Those familiar with MFAI may already be aware the main focus of their work is based largely on the practice of biodynamics as prescribed by the work of Rudolf Steiner (1861-1925). Steiner, also the founder of the Waldorf schools, studied, wrote and lectured extensively on right relations between the land and the farmer as steward of the land. According to Sherry Wildfeuer, editor of Stella Natura: Down-to-Earth Advice for Gardening with Cosmic Rhythms, “Biodynamics is a science of life-forces, a recognition of the basic principles at work in nature, and an approach to agriculture which takes these principles into account to bring about balance and healing. In a very real way, then, biodynamics is an ongoing path of knowledge rather than an assemblage of methods and techniques.”

Wheatgrass is just one of the many crops cultivated on the Institute’s farms. It was originally established as a research project and learning opportunity for new farmers who wanted to supplement or adapt their operations while converting to or establishing an organic farm.

Les Niles and his family came to East Troy, a patchwork of biodynamic farmland in Southeastern Wisconsin, after spending decades working and farming for large corporate growers, most recently in the Delaware peninsula area. Les now lends his years of experience working with farmers by teaching best practices for establishing or transitioning to sustainable or organic farming at MFAI and Stella Gardens, an education garden at MFAI.

Farm managers, vegetable production specialists, and handypersons, Les and his family have been working and living on the “north” farm of MFAI/Stella Gardens for a year-and-a-half. Located a mile north of the Institute’s main campus, the farm is, among other things, home to the year-round wheatgrass operation where Les manages the daily care, growing and teaching in addition to several other special projects.

“The purpose of what we’re doing here,” Les explains, “is to build a model that can be used for the family farmer. The one who’s got 80 to 2,000 acres and wants to switch to organic, maybe raising commodities. We’re preparing [a system] to present to them for what they need to do to become certified. Or those who’ve always wanted to farm, who have capital and spare labor, but they don’t have the knowledge base or wherewithal to say ‘this is what I can do.’ It doesn’t mean a big profit, but if you can pay for your capital and labor and you’re into something that you love, then it’s well worth the time and effort to do it.”

To grow the wheatgrass

Les and MFAI interns soak organically-grown wheat berries for 24 hours in clean well water. Only non-chlorinated water from the farm’s well is used in production, and the water is tested yearly to ensure its purity. After the initial soaking, the seeds are then rinsed for 24 hours before being spread like thick frosting over organic dirt in one-inch trays. Of sprouting the grass Les says, “We don’t put the berries down into the dirt. With Mother Nature’s typical response to send the shoot up, the shoot part does not enter into the organic soil, [it’s] all growing on top, [resulting in] a cleaner product.”

Though the greenhouse is a relatively controlled environment, aphids and mold are prone to occur in this type of operation, and Les relies on the help of a “canary in a coal mine,” so to speak. They use basil plants and chickweed under the wooden benches where the trays are placed for sprouting to track the presence of these pests. “The aphids will go first to the basil, second to the ground ivy and third to the crop,” Les says, “so the sight gauge is the basil. If we find them there, then we can do a total weeding of the greenhouse and usually knock our population way back.”

To combat or prevent mold on the wheatgrass it’s crucial to control the humidity and temperature to keep the plants healthy and free of infestation. The target is for a constant 50º to 60º temperature in the greenhouse and relative humidity of 70% to 80%. “In wintertime that’s not hard,” says Les. Natural gas fuels a matrix of hot water pipes running under the benches to keep the greenhouse at an ambient temperature of 45º to 50º when Wisconsin’s winter weather goes arctic. The main greenhouse, where the wheatgrass is grown, is equipped to produce 400 trays of the lush green flats each week. The typical winter growing cycle for a flat is about 14 days, which Les states is quite manageable. Summertime, however, means a shorter growing cycle of eight days, which requires a more rigorous pace to keep up with the sprouts. “Right now were’ coming into the easiest time to grow wheatgrass,” Les says. “In summertime we have to have side vents and roof vents up. We set up a swamp cooler [a dairy barn fan with a mister behind it], and I can drop the temperature in here by 10º to 15º degrees within minutes.”

Les, who has been farming since the age of seven starting on his family’s farm in East Central Illinois, was first interested in livestock operation. “I can remember the days before we had commercial fertilizer, before atrizene, before any of the myriad of synthetic chemicals,” Les recalls. But as so many who have followed a career in agriculture, Les followed the lead of the major growers and was incidentally exposed for many years to a variety of synthetic chemicals while working in and around the industry. Asked why, or how he made the transition to working with MFAI Les says, “During all of my exposures to chemicals during the commercial days, I had finally gotten to the point where, just before I came here, I was in bed 60 percent of the time. I’d had that much chemical exposure, soaked it all in. Then I came out here because they needed somebody to cultivate; they didn’t have anybody on the farm...and within three days, I was better than I had been in six months.” Referring to the rural area where MFAI is located Les says, “There’s an environmental island right here. If you watch when the geese and migrating birds come through, they’ll actually come into here at lower altitude and on clear days [you can see] a perpetual slow moving spiral in the air… It’s like a big vacuum cleaner. I’m healthy again as long as I stay here.”

For more information about the Michael Fields Agriculture Institute and the many other crops they cultivate, see their website at www.michaelfieldsaginst.org. 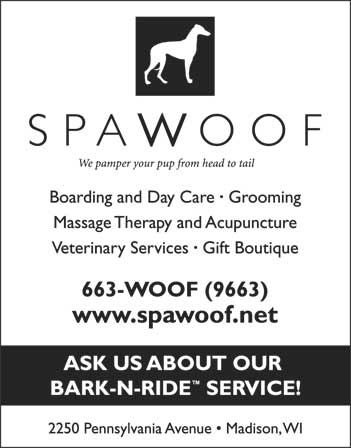