On a rainy day in October, teams of busy hands are steadily stocking shelves, scurrying past each other as they carefully place each product with the utmost care on clean, shiny shelves. Many have been working since before dawn, tearing down and rebuilding sections of the store aisle by aisle. Gradually, a new layout is taking shape, as rows of product once packed claustrophobically close to each other are dismantled and reconstituted into new thoroughfares through which shopping carts may easily pass without restraint. New shelves are popping up left and right with many new products that Co-op customers have not seen before.

The process of metamorphosis in which the West store has been engaged has proven extensive and arduous, particularly as it has approached the final unveiling. Owners, shoppers and staff have patiently contended with a number of changes to routine and habit, at times literally knocking down walls to allow for the store’s evolution. However, despite the difficulties, the new WIlly West store promises much for both employee and Owner, and as Amber Bartz, Maintenance Assistant best sums it up, “It will have been worth the chaos.”

While this chaotic transformation has posed a challenge to the patience of staff members and customers, the germ that led to this change has long been planted by our interaction with Owners, with the hope that this project would allow the store to blossom into one that better meets their wants and needs. “This really has been an Owner-driven process,” says Kirsten Moore, Cooperative Services Director at Willy Street and Project Manager for the West Expansion, “Owners voted for it. Owners gave us feedback about what they wanted. We are really doing our best to see that through and give them the experience that they want when they shop at West.”

Origins of the Project

The push to expand West began long before the project was underway. For several years, the Co-op has been looking to make improvements. As the store continues to age, it needs to develop and change in order to best meet the needs of our Owners. “We know that every eight to ten years it is a good idea to reset and freshen things up,” states Kirsten Moore. “It’s sort of a best practice in the industry.” Kirsten notes how keeping the Co-op’s offerings, facilities and services up-to-date is essential to an organization that wants to continually impact its community in a substantial and positive way as moves into the future: “I think it’s really important for our Cooperative to be looking forward enough that we can take advantage of opportunities when they come up.” While Owner input on what would make the shopping experience even better at West motivated the project, the magnitude of this renovation could not be taken lightly, requiring the consent of our Board of

Directors and the Ownership-at-large. In order to introduce the project to Owners, our General Manager Anya Firszt, along with several Board members, held open meetings at each store to present proposed floor plans and changes to any Owners who wished to come by and learn more about what the expansion would involve. After meeting with Owners and hearing input, Willy Street Co-op set out to seek an endorsement from the Ownership by including a referendum item on the ballot in the 2017 Board of Directors Election. After tallying the votes on July 18, 2017, the vote showed that Owners were overwhelmingly in favor of this expansion, and approved the expenditure of up to $2,250,000 in funds necessary to pursue the project.

Timeline of the Project

Achieving Owner approval was far from the end of Owner involvement in this project. Each stage of the project required maintaining close connections between both Owners and staff affected by the project, and its overall success will rely on continued input. Equally important to the successful development of this project was careful research and planning. “Any time we embark on a large project, whether it’s the Co-op or any large project really, it’s really important to do quality research at the beginning of the project and quality planning before we start working,” states Project Manager Kirsten Moore on the steps taken prior to pursuing the project. As the project team was assembled and planning got underway, two major constraints were recognized: time and cost. For the project team, it was important to “make the best of this project with the time and cost parameters that we had.” Ensuring that Owners were well-served by spending their investment in the Co-op carefully and conservatively was always a high priority in the minds of the project team by “making sure we were being mindful of our expenses and our budget and the Owners money and being smart about how we were going to get this project done.”

While working to make every dollar count, the project team was also in a considerable pinch when it came to the timing of the project. In part, this was due to the serendipitous availability of space created by the Hallmark store’s relocation. Knowing that chances to expand directly don’t come along very often, Co-op managers knew it was only prudent to seize the moment. “We wanted to make sure we could take advantage of the opportunity to move in to the space next door,” Kirsten Moore describes how central this opening was to moving forward on the expansion. “I don’t know that we would have necessarily done it right now had we not had the opportunity to expand into the space next door,” she says. There was no time to hesitate, or as Store Director Lindsey Hardy puts it, “I think now was the time to do it. Because we had the opportunity, we needed to seize it.”

The timing of vacancy did create a crunch, especially in managing construction and reorganizing the floor layout minimizing interference in the store’s regular activities. “One of the challenges we had with this project was that it did have a finite timeline,” says Kirsten. “We also wanted to make sure we were done with this project before the coming holiday.” Through careful planning and diligent focus, the team has managed to rise to the challenge, and despite some long days and a lack of sleep, the team members have been greatly optimistic about the projects results.

Opening of the Store

The excitement is palpable as staff discuss products and other offerings which they have been looking forward to. “I would definitely check out beer and wine and liquor, because the amount of local product we have been able to bring in has expanded a lot,” notes Lindsey Hardy, West Store Director. “We are going to see a lot of cool stuff, especially in liquor where there are a lot of small distilleries we have been able to bring in,” she says. The new liquor selection now constitutes a section in its own right, with beautiful wood shelving set among coolers and racks holding an additional selection of new beers. To complement these refreshing beverages, the nearby Cheese department has doubled in size, allowing a similar expansion of product selection. Customers should also be sure to enjoy more space in the Wellness area, making it easier to shop.

Shoppers are not the only ones with much to look forward to from a larger store. Off-the-floor storage space includes a virtual cavern-worth of room for storing backstock, allowing for greater efficiency, ease of movement and inventory opportunities. The new store will also boast continued commitment to community as well as ease and selection in grocery shopping. Staff hopes that a remodeled and improved Community Room, complete with a commercial kitchen, will prove an asset not only for classes and in-house operations, but for members of the community as well.

While the doors have been swung wide open to a new and improved Willy West, the process of improving the store is far from over. Shoppers may find the changes a bit disorienting at first, but through it all, the friendly Co-op staff are there to help. When visiting the renovated site, Owners can expect to find employees that are “ready and willing to answer any questions that they have, take feedback about the new experience that the store provides, and assist people with finding whatever it is they happen to be looking for,” says Kirsten Moore.” It is also important to remember that this is just one moment within the store’s evolution, and customers will continue to drive the improvements and changes at West and the other sites as well. Co-op employees take pride in the fact that the renovation has been an Owner-driven process, and are excited to receive further impact to make sure that their experience of Willy West and community is as fulfilling as possible. 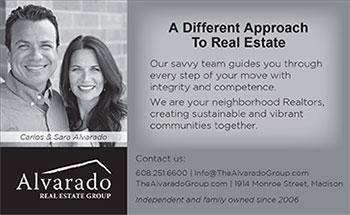 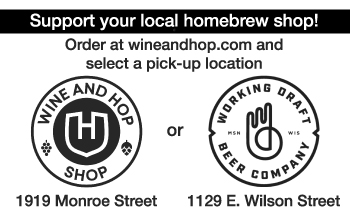