We welcome your comments and give each one attention and serious consideration. Send them to This email address is being protected from spambots. You need JavaScript enabled to view it. (link sends e-mail) or fill out a Customer Comment form in the Owner Resources area. Each month a small selection is printed in the Reader. The rest can be found in the commons or in the binder near Customer Service. Thank you!

Thank you, Dave from Cross Plains

Q: Hello, Liz, Wasn’t quite sure where to send this to publish an edited version and HUGE thank you to fellow member Dave of Cross Plains.

Thurs., Oct. 12 westbound on Univ. Ave, during twilight and glare of oncoming, rush hour traffic, I headed to the co-op from the nearby NAPA plaza, pulling into R lane and needed to quickly scoot over to far L turn lane, but rammed and blew out my driver’s side tire on unmarked concrete island.

Thankfully, didn’t hurt myself or hit another car! I was able to pull into lot with parking spot right there and then! The first of the night’s pleasant surprises!!

I got out to check it out and rang up a friend in Middleton prior to Triple A.

Meanwhile, a dad w. 2 pre-schoolers, pulled up in next spot, saw me on the phone and asked if he could help. I don’t know if he had seen it happen or what direction he’d come from!

I was so thankful for his generous offer and got out a small flashlight so his kids could stay occupied on the narrow island “help dad.”

He had a very gentle and kind demeanor and could tell he was a very loving father. His calmness and kept me calm!

I was so grateful, I offered to child sit sometime for his family as some small thank you, but he smiled, said no they trooped into shop for dinner list!

WOW—people like Dave showed me that our members truly are special. Yes, pay it forward whenever one can! Gratefully.

A: Thank you so much for this letter! This made my day. We love heartwarming stories like this. I’ll pass it around and see what I can do about getting it in next month’s Reader.
Take care and thank you for taking the time to send this!

Q: Thank you for Andy Gricevich’s article on Big Organic and the Persistence of the Small. I think that there is another dimension to the story, one directly relevant to Willy Street Coop, and I would like to offer some perspective. There was a time, not all that long ago, when cooperatives owned their own wholesale distribution system. These were second level cooperatives, meaning cooperatives where all the members were cooperatives, loosely modeled on the Mondragon coops in the Basque region of Spain. There were wholesale warehouses in Chicago, Minneapolis, Ann Arbor, Madison, Blooming Prairie, Iowa and Duluth. TheCommonHealth Warehouse Cooperative Association in Duluth, on whose board I served, had its own trucking operation and supplied local coops from Glendive, Montana to Sioux Saint Marie. They even trucked food from the West Coast to the cooperative warehouses in the Middle West. This movement allowed local coops to control their own sources of supply and, at least in Duluth, transportation. But, in the same manner as described in the article, they fell victim to the mantra of “grow or die.” Consultants, organizations and advisers kept pushing the idea that bigger was better.

And, so, they fell like dominoes. First Ann Arbor, then Chicago, then Minneapolis, until there were only three left: Madison, Duluth and Blooming Prairie. After Madison and Duluth merged, the combined coop didn’t last long. And then there was only Blooming Prairie. At this point in the story, my personal experience ends and I have to rely on second hand knowledge, but as I understand it, Blooming Prairie made the significant mistake of allowing Whole Foods to become a member. Pretty soon it was so dominant that Blooming Prairie could no longer sustain being a coop and now we are all dependent upon industrial concerns like UNFI.

We have lost our control and independence. This was a massive betrayal of our ideals and our investments. All of these second level cooperatives existed because we capitalized them with our membership fees, because we wanted to control our food supply. We lost everything and the dominance of organic by Wal-Mart and Target is the result. And I will never shop at Whole Foods, as a result, just as I never shop at Wal-Mart.

A: Thank you for sharing your perspective! Cooperative warehouses don’t get discussed often any more, and they were an important part of food co-op history. I have some personal perspective to share as well: I was elected to serve on the Blooming Prairie Warehouse (BPW) Board the same year UNFI made an offer to purchase the warehouse.

I am currently the Chair of the Blooming Prairie Foundation Board that was founded with funds from the gain on the sale from the warehouse to UNFI.

I was not on the BPW Board when Whole Foods Market became a member of the warehouse. I could be wrong, but I believe it was an operational decision, not one the Board weighed in on at the time.

I can speak to the growth in sales and depth of product selection that WFM brought to BPW, which enhanced the overall buying capacity of the warehouse that benefited all BPW members, as well as to overall value (asking price) of the warehouse.

Who knows really what would have transpired if BPW had not sold to UNFI at that time? BPW could have continued distributing product for a number of years. I do know that UNFI (aggressively) entered into the sales territories of many cooperative warehouses in the late 1990s and early 2000s, taking business from those warehouses and in effect challenging their ability to stay open. UNFI was positioned to do the same to BPW. It was the Board’s decision to propose the sale to UNFI to the BPW membership to secure as much gain on the sale as possible, rather than waiting to see if UNFI would put them out of business and then offer a lesser asking price.

I agree it was sad to lose control of the warehouse, I think it would have been equally as sad if the warehouse was unable to compete with UNFI and the membership’s equity investment was totally depleted. That said, Willy Street Co-op remains a viable independent grocery store, which happens to be cooperatively owned and operated.

If the cooperative warehouses of the ’80s and ’90s had made the decision to work together; possibly merge, there maybe have been a different chapter written on this topic.

Thanks again for your comment, and have a nice week!

Q: I live in Middleton and shop at West. I have a five month infant that I need to be able to bring shopping. I realized that his infant car seat/carrier does not fit on your regular carts, so I need to take him out of this to put him into your specialized carts with infant seats. This is very much an inconvenience because it often involves waking a sleeping baby, and is not something I have to do at any other retail store.

Additionally, my infant is already over 20 lbs (which is not even that big) and the weight limit on your carts with infant carriers states 18 lbs. He is too young to hold his head up sitting in the little child seats in the front of all carts, so how in the world am I supposed to shop with a baby? I resorted to pushing him in the stroller with one hand and dragging the cart behind me with the other, which is ridiculous.

Even when I decided to ignore the weight limit on the warning label, the strap didn’t reach down into the buckle! I looked around the back of it to see if there was an adjustment, and there wasn’t! I showed the situation to the two clerks at check-out, and they agreed that there didn’t seem to be a way to adjust the straps further. I do not wish to kill my back carrying around a 20lb while grocery shopping.
Totally infant-unfriendly and makes me avoid shopping there.

A: Thank you so much for bringing the fact that the car seats do not fit on our carts. This was something I was unaware of and I thought we were fulfilling a need with the infant seat carts, but it sounds like we are actually making things harder for families with children in car seats.

I will work with our maintenance manager to replace the carts with the infant seats with carts that fit car seats safely. We should be able to have them available in the new year.

Thank you again for this feedback; it helps us to better serve our customers.

Q: Hi, Can you tell me if any of your stores is currently carrying heirloom tomatoes (regular or cherry)?

A: Thanks for writing! Unfortunately, we are not able to get any heirloom tomatoes of any type from our suppliers at this time. We do sometimes see them during the winter months from Mexico, but availability is unpredictable and very spotty. During the local season (August–September), we carry a vast array of heirloom tomatoes from several local Wisconsin farms. I hope that’s helpful! Best,

Q: Thank you so much for starting to carry organic soy beans in your bulk section. I’m a vegetarian on the ketogenic diet for serious health issues and struggle constantly to find healthy low-carb vegetarian foods. You can imagine how thrilled I was to see youstarted carrying these awesome beans locally—so not only can I purchase them from a local vendor, I don’t have to purchase them online.

A: You’re very welcome! We’re glad you are enjoying the soybeans and that they are meeting your needs. I’ve made sure that the folks in grocery can enjoy your appreciation as well. Thanks for shopping your local co-op!

Q: I am curious about the inks used in the newsletter, specifically because I would like to use my old Coop Reader in my fireplace. I have heard that traditional newspaper ads with color print should not be used because burning them causes toxic chemicals to be released.  Just wondering if I can burn the color printed pages of the reader of if I should stick to the black and white print. Thanks!

A: Our printer says it’s soy-based ink, so burning should be fine! Thanks for asking and enjoy your fires! 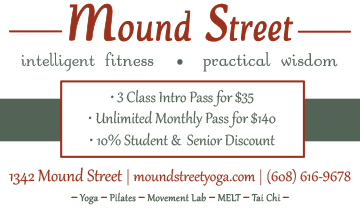 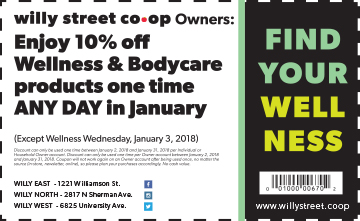